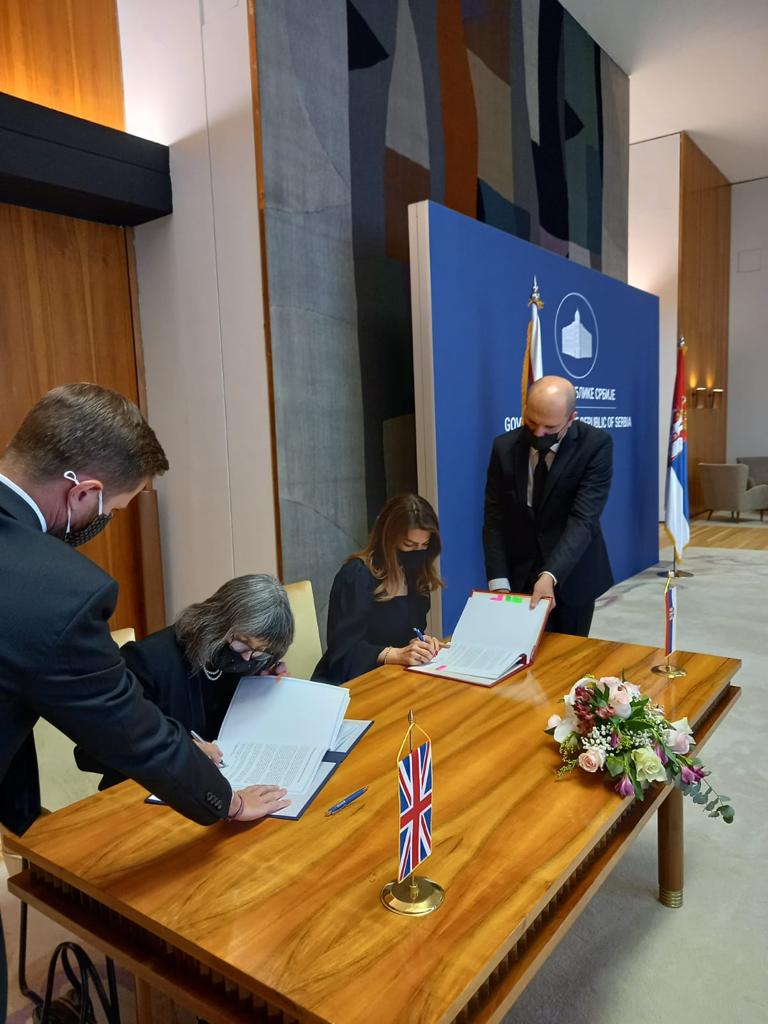 The UK and Serbia have concluded a new trade agreement.  Signed in the 'Brown Salon' of Belgrade's Palace of Serbia by the Serbian Trade Minister and the British Ambassador, the agreement will put bilateral trade on a strong basis for the future.   The agreement will come into force once it has completed parliamentary processes in both countries which we understand is likely to take several weeks.

The BSCC is delighted that this continuity agreement has now been signed. It removes complications that Serbian and UK exporters have faced since the beginning of January and will bring immediate benefits to consumers, to companies and to their employees.  It provides welcome certainty and the Chamber looks forward to being able to focus support to members and promoting bilateral trade.  Members will be relieved that they can now start planning to take advantage of the new agreement.  Like other UK continuity trade agreements, the UK-Serbia agreement continues provisions similar to those that applied whilst the UK was a member of the EU.

The agreement is an important sign of the readiness of Serbia and Britain to strengthen and grow our economic relationship.  The Chamber will continue to encourage the two Governments to build on the agreement in order to make the most of the potential for trade and investment between Britain and Serbia in all sectors.

At the signing (pictured), Sian MacLeod, UK Ambassador to Serbia, said 'This Agreement is both an important demonstration of both countries' shared commitment to the relationship.  It will enable smooth two way trade between our two countries in the interests of business and consumers. Many thanks to our negotiators in both capitals for all their hard work.'

Tatjana Matić, Serbian Minister of Trade, Tourism and Telecommunications, said that not only was it possible to return to previous trade flows, create conditions for further growth of bilateral trade and encourage further investment, but the agreement also strengthened relations between the two countries.

The first UK Serbian trade agreement was signed in London in the 1880s. Below we have an image of the last page of this most elegant document, written in English and French, and complete with ribbon, wax and seals, courtesy of the Serbian State Archives.