The Economist: World in 2022 Conference 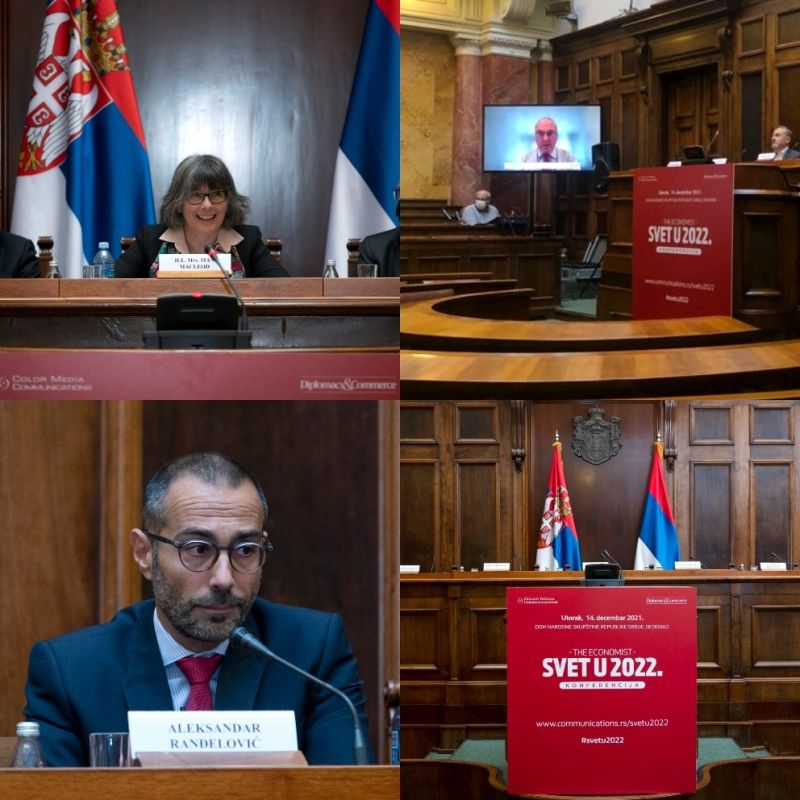 On Tuesday 14 December, the annual Economist conference was held in the House of the National Assembly of the Republic of Serbia in Belgrade.

The Economist conference is one of the oldest conferences organised by our member Color Media Communications and has already become recognisable as an event that closes the current year with conclusions on the political, business and social environment of Serbia and raises issues of importance in the upcoming year.

There were 3 panels in total in which many speakers took part amongst which were H.E Sian MacLeod, British Ambassador to Serbia, David Landsman, BSCC Chair and Aleksandar Randjelovic, expert for leasing in GEFF Serbia and BSCC member.