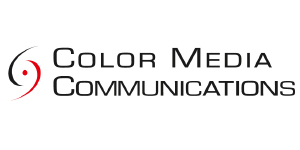 Color Media Communications is a company founded in 2012 with the aim of dealing with the media, publishing, organizing and realizing all types of events, including conferences, round tables, forums, public hearings, humanitarian actions, exhibitions, promotions, seminars and more. The company also publishes books, magazines and  periodicals. Diplomacy&Commerce, a monthly magazine in English published in Belgrade (Republic of Serbia) and Zagreb (Republic of Croatia) provides the topics of significant interest to civil society, business, political, economic and diplomatic community in Serbia, Croatia and the Western Balkans region.

In the June issue, Diplomacy&Commerce magazine will present the latest trends and insightful analysis and opinion on every aspect of economic, diplomatic and political cooperation between the United Kingdom and Serbia: Focus On United Kingdom. The British Embassy in Belgrade will give their contribution by providing an interview with the H.E Sian MacLeod OBE, UK Ambassador to Serbia where she will speak about important aspects of the overall cooperation between the two countries.

In an online session Dr David Landsman OBE, Chairman, Jadranka Dervišević Kitarić, Executive Director London and Richard Robinson, Executive Director Belgrade, together with Robert Coban, President of CPG, will speak about economic cooperation and trade exchange between the two countries, as well as other possibilities of improving overall cooperation in all fields.