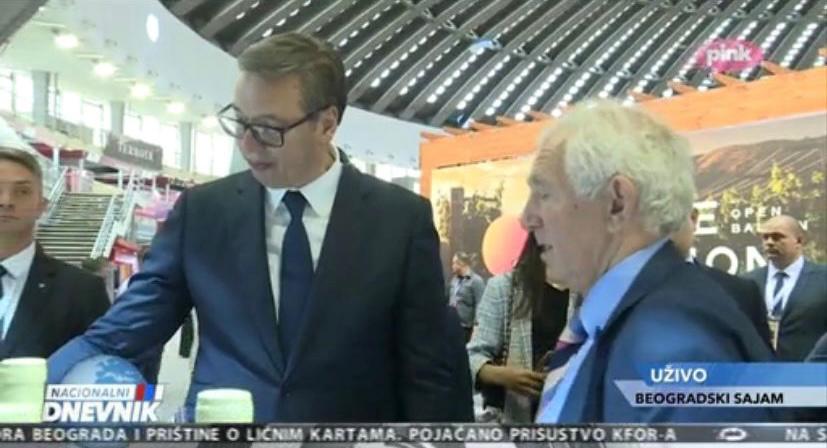 I have recently returned from Belgrade where I was given the opportunity to taste many wines and spirits from Serbia. To say that I was surprised would be a very considerable understatement.

I knew the wines from the former Yugoslavia, mainly through a brand called Lutomer Laski Riesling, which was a million-case brand in the 1970’s. I was involved in shipping in bulk into the East India Docks in London, and then bottling. Firstly, Lutomer wasn’t Riesling at all, it was from a grape called Grasevina. It was a medium sweet white wine, quaffable but not very interesting. I see the brand still exists from Slovenia, but rarely seen nowadays. Back in the 1970’s communist era, most wines were made for volume not quality, and much was sent as bulk wine to Russia.

Fortunately, many small producers in Serbia continued to produce good wine for local consumption, and many of the ancient indigenous grape varieties, some going back over two thousand years to Roman times, were still maintained.

Indeed, the history of grape growing in Serbia as one of the Roman Empire’s prime regions of wine production is well recorded. No less than six Roman Emperors were born in what is now Serbia.

Serbia lies at the same latitude as Bordeaux and Burgundy in the north of the country, and the Lanquedoc/Roussillon in the south. It has a more continental climate, with warmer summers and cold winters, but cool nights preserving the vital acidity in the grapes during the hot ripening season.

I was particularly surprised by the red grape Prokupac, which makes elegant wines and, in good hands, with some class. There are other indigenous grapes like Kardarka and Vranec which are interesting and make wines with good complexity. Then there are more recent plantings of other well-known European varietals like Merlot, Rhine Riesling, Cabernet Sauvignon and Cabernet Franc and Shiraz/Syrah.

The picture is me introducing the President of the Republic of Serbia, Aleksandar Vucic, to one of the best Bordeaux blends from Serbian, Imperator Winery, with wines named after all the locally born Roman Emperors, wines which sadly aren’t yet imported into the UK. This was a magnificent stylish blend which showed what quality can now be achieved. The President, who seemed to know his wines, seriously approved.

From other well-known grape varieties, I was particularly impressed with the quality of the sauvignon blancs, particularly the barrel aged Fume styles. These reminded me of some of the best Sauvignons from Bordeaux, or even Pouilly Fume.

A prize-winning Sauvignon from the Matijasevic winery was superb, and this had won a double gold from the Decanter wine competition, but again it is sadly not yet available in the UK.

There was also a lovely Traminer from the Frusogorski Vinogradi winery, a late harvest sweet wine to rival the best.

I would heartily recommend you to try some Serbian wines, and I see Majestic currently stock a very good red, Cuvee Maurer with some age, as the 2017 vintage. This wine is from very old (140 years plus) Kadarka vines grown up in the central mountains, blended with some Cabinet Sauvignon and Blaufrankish (a clone of Pinot Noir) at £16.99 per 75 cl bottle for a mixed case of six and £18.99 for a single bottle, not cheap, but compared with French wines at the same level, good value.

Otherwise, Serbian wines are yet to be discovered by major retailers, but you can find some good examples (mainly red) on thurtonwines.co.uk, https://www.winecellarclub.co.uk/, and https://www.buyniko.co.uk/about/wholesale/.

I always feel that little known wines, grapes, and regions offer the best value. Serbia could be the new contender.

Master of Wine. Fellow of the Royal College of Arts.