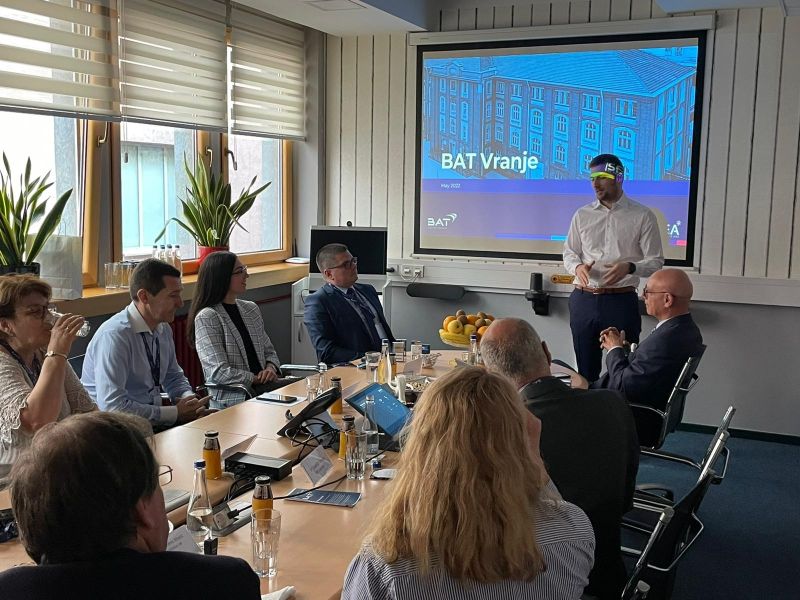 The first day of our tour continues in Vranje where we just had the opportunity to visit BAT!

BAT is the pioneer of foreign direct investments and the biggest British investor in Serbia. The great investment of the purchasing and modernisation of the Vranje factory transformed the facility into the production hub for the CEFTA countries. As a responsible company and market leader, despite the global crisis, BAT managed to save every job and continue their valuable contribution to the Serbian economy.

BAT puts emphasis on sustainability by reducing waste disposal at the landfill by 35 percent, reducing carbon dioxide emissions by 56 percent and recycling waste by as much as 95 percent. They are also using the electricity from 100 percent renewable sources and switching to natural gas instead of fuel oil, with significant reduction of the emissions.

By 2023 BAT Serbia plans to transform as a completely "Carbon Neutral" factory which puts them as one of the regional leaders in the race to Net Zero.